Just like any other reader of erotica, I have my own personal favourite authors. One of them is Maggie Ryan; creator of the hugely popular 'Women of Wintercrest' and 'Divine Designs' series.

Ms Ryan combines a great understanding for the subject matter, a deep passion for her work and an intimate relationship with her characters (she once told me: "I keep writing series because the characters won't shut up - they always have more to say!") - and the end result is always sublime.

I was lucky enough to be permitted to review her latest release: "A Submissive's Dream, Divine Designs Series Book Two" - and I adored it. So much so, that I simply had to tell you guys to go and read it. Now. 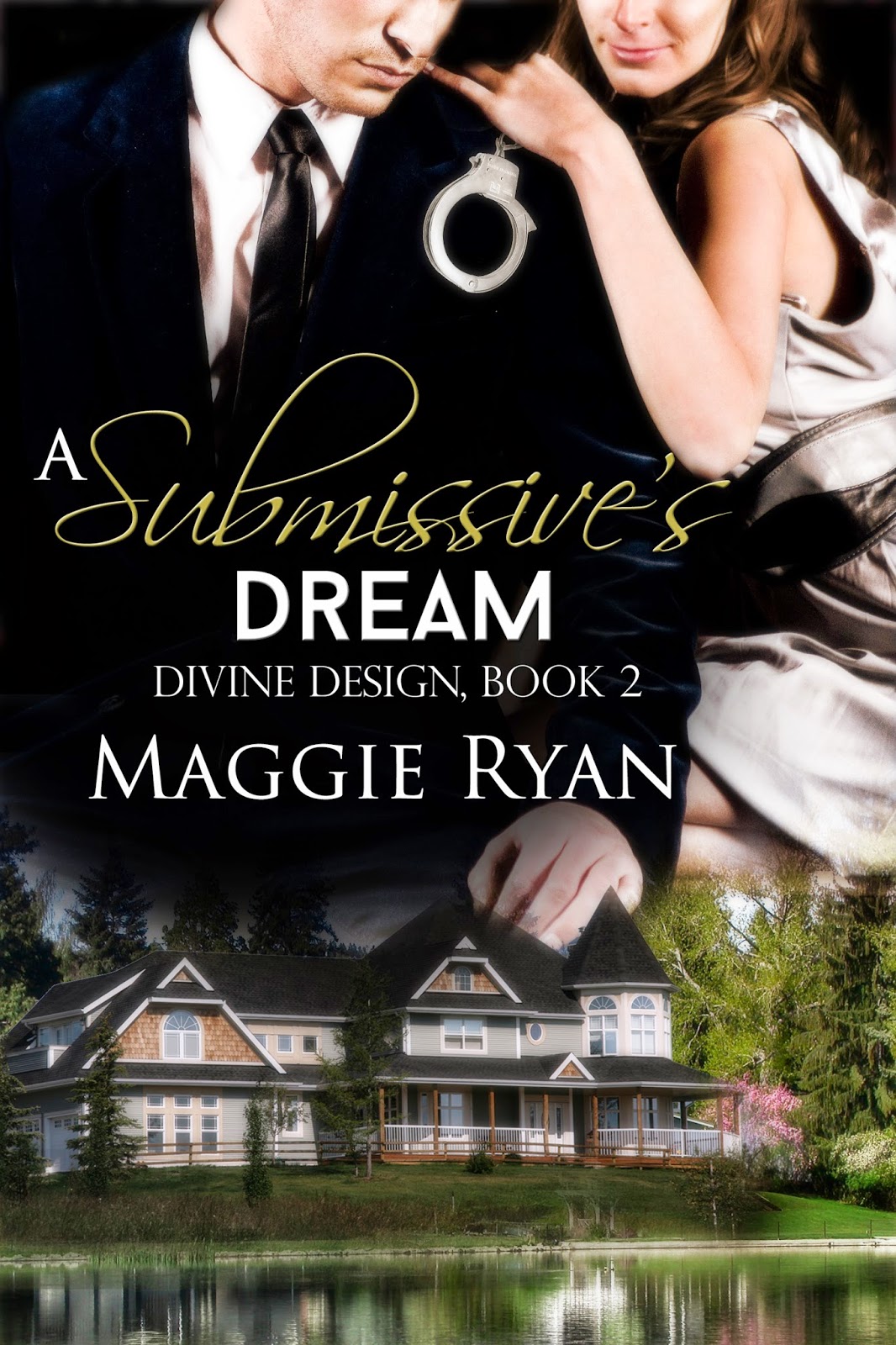 Instead of gushing profusely about how much you'll end up fancying the main characters, how the sexy scenes will have you squirming happily, how sweet and funny the whole book is, I shall let her words speak for themselves. That's right, folks, Maggie has kindly given me permission to share an excerpt with you, so here goes...


“Hey, look at this,” Logan called from where he had walked through a doorway about two thirds of the way down the length of the room.  She went to him to see what appeared to be an old stone well, a thick wooden slab covering the opening in the well.
“I bet the original purpose of this building was a well-house,” Logan said.  “People had to dig for their own water back in the day.  If you were lucky, you found fresh water pretty close to the surface.  My great-grandparents had an old farm in Oklahoma.  They had a well like this and it was in a building as well.  Being inside kept wild animals out of the well if they fell in and died, which would contaminate their water supply.”  He grinned as he pulled her into his arms.  “In fact, if I remember correctly, they didn’t call it a well-house; they called it the pouting house.  When my great-grandmother would get mouthy or bratty, PawPaw would send her to the pouting house.  She was supposed to finish her pouting or fit or whatever by the time he joined her.  By the time he was done with reminding her that he didn’t marry a spiteful, mean-spirited woman, she was calm and at peace again.  This is absolutely incredible.”


Elizabeth trembled slightly, her mind instantly picturing the scene generations earlier where a woman, such as she, submitted to her husband’s discipline.  Logan felt her trembling and hugged her tighter.


“Hey, Liebchen, are you okay?” he asked, his hand reaching back to stroke her back.  She snuggled into him and nodded against his chest.


“I’m fine, just have a very vivid imagination,” she confessed and then giggled.  “I can see your great-granny out here, stomping her foot in her buttoned up boots and arguing when told go out to the pouting house.  I can see her scrawling the word ‘pouty’ on that board.  I can see her climb on that stool, the board around her neck as she waits for him to come tend to her.  I can imagine her being told to bend over the horse so her drawers could be pulled down.”  Logan laughed with her and then moved his hands to cup her bottom.  She moaned and went up on her toes when he gave her cheeks a squeeze.


“I’m imagining someone far younger,” he said bending to speak into her ear.  “I’m imagining a gorgeous raven haired beauty.   I can see her quite clearly.”  She felt a rush of heat race through her as he nibbled on her earlobe.  Her nipples puckered tightly under her bathing suit, her stomach fluttered with her growing arousal as his fingers stroked across the seat of her shorts.


“What….what is she doing?” she whispered and moaned as he bent to lick and then nibble at her other earlobe.
“Hmmm, let’s see,” he whispered, his hands moving from the back of her shorts to the front.  She felt her knees shake a bit as he slowly unbuttoned her shorts and then pulled the zipper down.  “She was sent to the woodshed so she knows what’s coming.  She is taking off her calico skirt and handing it to her Master,” he said and stepped back a bit.  Elizabeth shuddered again but found herself lowering her shorts, stepping out of them and handing them to him.  “She is taking off her homespun blouse as well.”  Her shirt soon joined her shorts in his hand.  She stood before him in her red tankini swim suit, her nipples hard and evident where they were pressing against the top.


Want more? You can get your own copy of this full-length novel on Amazon or Blushing Books today!