A rather unusual job interview...

A week later, she found herself sitting in an enormous, starkly furnished reception area, surrounded by fatally glamorous women—all of whom were frantically reapplying make-up and giving everyone else derisive looks.
The tension and excitement in the air was palpable, but there was also an underlying current of foreboding, as though they were waiting outside the headmaster’s office. By the time her name was called, Hazel could feel the sweat breaking out on her upper lip and trickling between her shoulder blades, despite the glacial air conditioning. Tripping awkwardly towards the vast, frosted glass door, she cursed herself for even thinking she’d be in with a chance.
The man sitting at the enormous desk stood up when she entered the room. Hazel caught a glimpse of closely cropped silver hair and a whiff of musky aftershave before dropping her gaze to the floor.
I’m out of my league.
“Please sit, Miss Jenkins.” 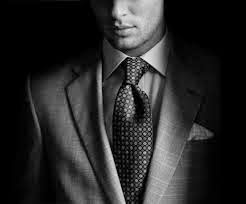 Hazel sidled to the white pvc and chrome chair opposite his desk and perched there, clasping her hands together to hide the fact that they were shaking.
“Why so nervous?”
When she didn’t respond, his voice had dropped an octave. “Look at me.”
His eyes, when she finally summoned the courage to look into them, were friendly, twinkling, and a most unusual colour—like dark honey. Her mouth went dry.
“I asked you a question, young lady,” he said, still holding her gaze. “Why are you nervous?”
“I-I’m not sure.”
“Do not you believe you’re qualified for the position? After all,” he glanced down at what she recognised as being her resume in front of him, “you have extensive experience working in some of Australia’s finest five star establishments.”
“I do.” It was more a croak than a statement.
“And you’re extraordinarily pretty. Do you have a boyfriend?”
Hazel’s heart began to pound. I want the job, but not if I have to... “I’m not sure what that has to do with anything,” she blurted.
“I’m asking the questions. Are you single—yes or no.”
His tone, combined with the way he was looking at her, was giving her a strange, fluttery sensation in the pit of her stomach. After a moment, she nodded. “Yes Sir, I’m single.”
“Excellent. And tell me, Miss Jenkins, how much real-life experience do you have?”
Her gaze fell on the papers on the desk. “Well, it says it right there; I’ve been working as a hotel receptionist for five years now.”
Simeon chuckled then, a devastating, vaguely mocking rumble. “I don’t mean that.” Getting up from behind his desk, he moved around it, his unblinking, strange eyes never leaving her face.
She could feel his proximity; the warmth radiating off his broad body, that delicious musky scent stronger than ever. Hazel thought she might swoon. Closing her eyes, she waited for him to touch her, but when he didn’t, she opened them again to find him leaning against the desk, looking at her expectantly.
“How much real life scene experience do you have, Miss Jenkins?”
Hazel swallowed hard. “Um. Not much... Sir.”
“Be more precise, please.”
“I-I’ve been to one or two events. As an... an observer.”
He raised a thick, dark eyebrow. “That’s it?”
“Yes, Sir.”
“Never had any form of play? Not even a spanking?”
Mutely, she shook her head.
“Not even when you were a child?”
“N-no, Sir.” Knowing she was blushing furiously, Hazel cursed herself for wearing a pale pink shirt—no doubt it was now clashing terribly with her face.
“Stand up, please.”
Oh God, he’s not... he wouldn’t...
“I’m not going to ask you again.”
Somehow, her body obeyed his instructions without having received any specific order to do so from her mind.
“Turn around.”
Even though she was turning slowly, Hazel suddenly felt incredibly dizzy.
“Good. You may sit back down.”
By the time she was brave enough to look at his face again, he had moved back to his seat behind the broad glass desk.
“Tell me Miss Jenkins, why do you want to work here?”
She shrugged. “I want to learn. About everything. I want to leave my current position. And...”
The look in his eyes was really most unsettling. He didn’t speak, and after what felt like an extraordinarily long time, she felt compelled to continue.
“And I find this whole... this whole concept fascinating.”
As he made a note on her file, she couldn’t help but notice how large his tanned hands were. A gold signet ring flashed on his little finger.

I hope you enjoyed this little teaser! For more amazing excerpts from fellow erotica authors, please check out the other links on this blog hop - and don't forget to comment if you liked it!
Posted by Unknown at 4:00 pm